I love nature. I used to go for a hike once a week in the forest before we had children, but I’ve never been big on gardening.

Maybe because all the places we ever lived at didn’t have much gardening space.

1 before we got married we lived in communes, student villages, flats etc.

2 after we got married we lived next to an auction house.

3 then we moved to a place which had a lot of paving, and pot plants, but no garden.

4 twice we did have access to a garden but those times there was a full time gardener employed.

5 this is the first time we actually have a garden, no gardener, and it feels daunting!

I’m actually starting to enjoy it.  We started a vegetable garden. I cut the grass and they want to help.  The other day the next door neighbor actually reprimanded me and said it’s dangerous for the 5 year old to help me push the lawnmower….is it really?

I also started to produce our own sprouts….so easy! Wonder why I never did it in the first place.

It’s quite meditative to work with soil. The kids enjoy it as well, and sometimes we find interesting insects and animals.

* My parents used to have dogs, but it was never really my pet.

Since E turned 5 we’ve had

2 big rain spiders – deceased (unfortunately 1 died because the other ate it, and the other  died of starvation.

A couple of “blaasoppies” – released

but yesterday the Wildlife ranch which I contacted to find out what type of snake it is, confirmed that it’s not a snake, but a Legless Skink (lizard).

S decided yesterday that he wanted to set it free, even under protest from E. I kind of like that type of pet…I always preferred reptiles. So it was a sad day to see it go but also a very productive day.

I finished this piece:

I received a toy snake from a friend one Christmas. ( extra note: My Chinese horoscope sign is the snake)

I decided that I want to role play with it. In this picture I pretend that we have a score to settle. I like the title in Afrikaans since I hope it refers to the “apple” (was it really an apple?) and Eve.

Sometimes i wonder: what would I have said to the serpent if I stood in her (Eve) shoes? 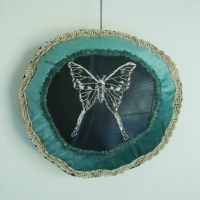