“”Introspection is a devouring monster.  You have to feed it with much material, much experience, many people, many places, many loves, many creations and then it ceases feeding on you” -Anais Nin 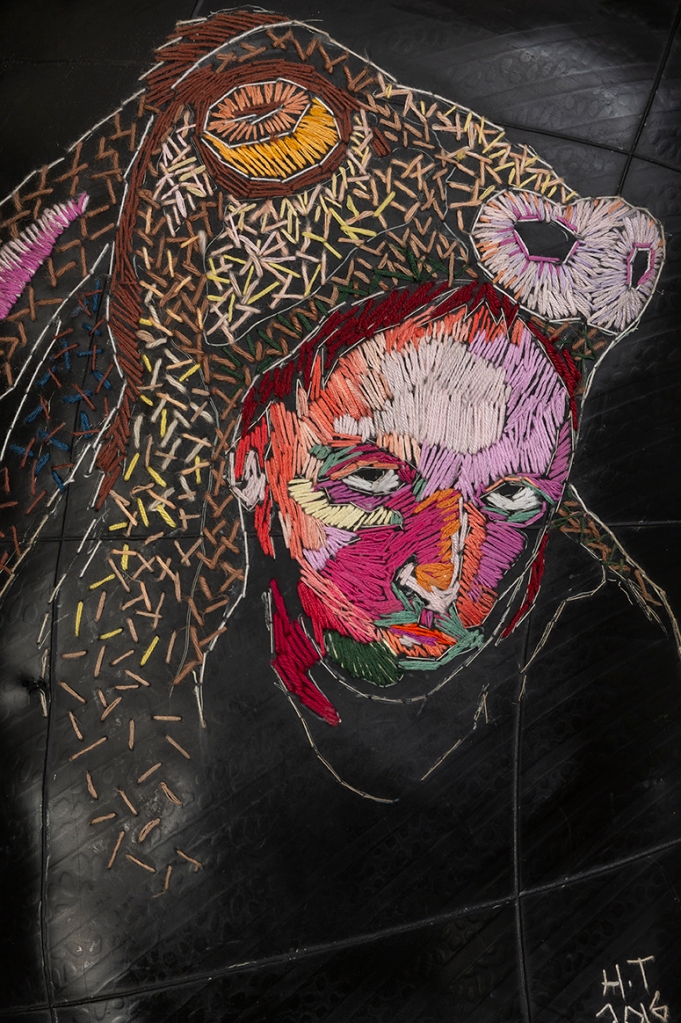 who is the ass anyway detail

“Who is the ass anyway” will be hanging out with other monsters, misfits and mermaids in BaardskeerdersBos on the 22-23 of September 2018. I hope to see you there! 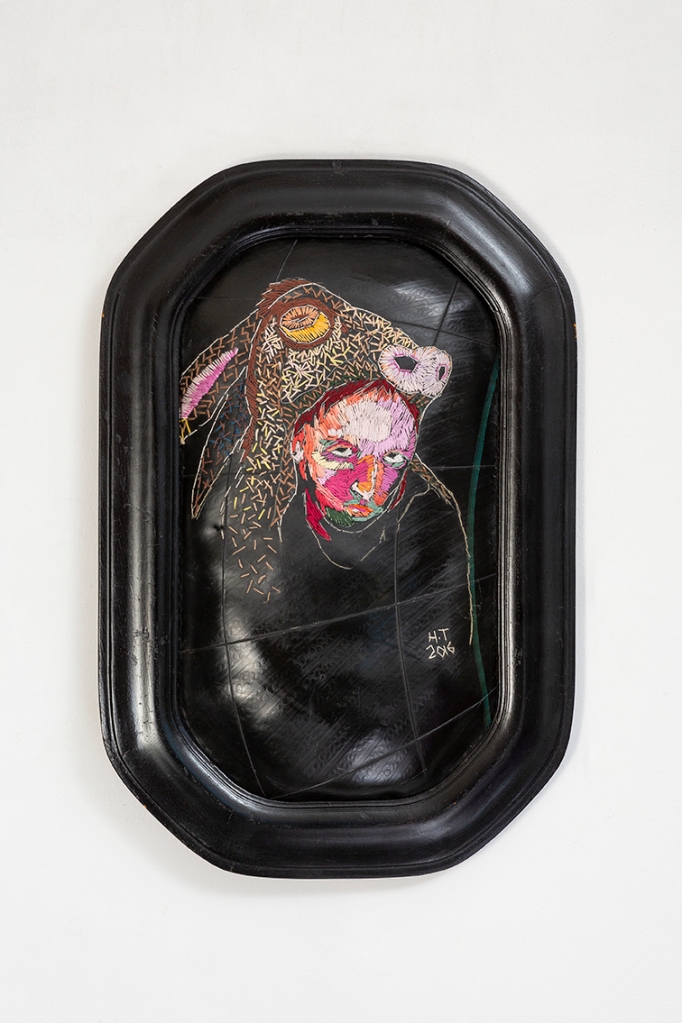 If you cannot make it, don’t despair, for I am putting together a e-catalogue.  If you wish to receive one, send me a message with your email address to be added to my mailing list. …Looking forward!

Once upon a time….my Grandmother introduced me to one of the seven dwarfs…. 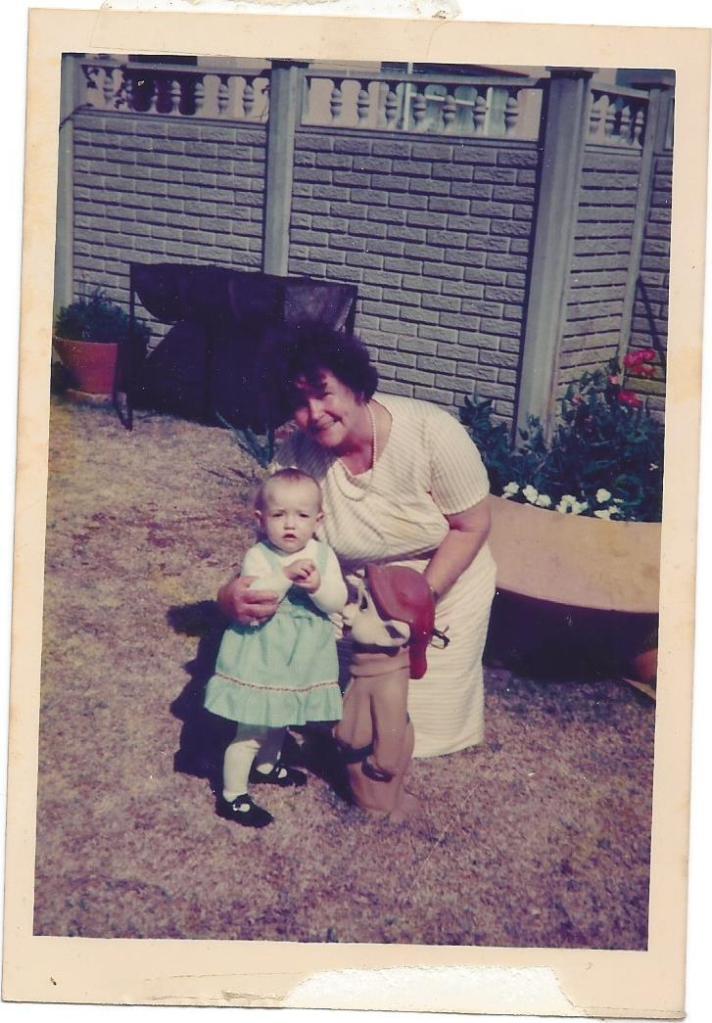 I decided to revisit them: 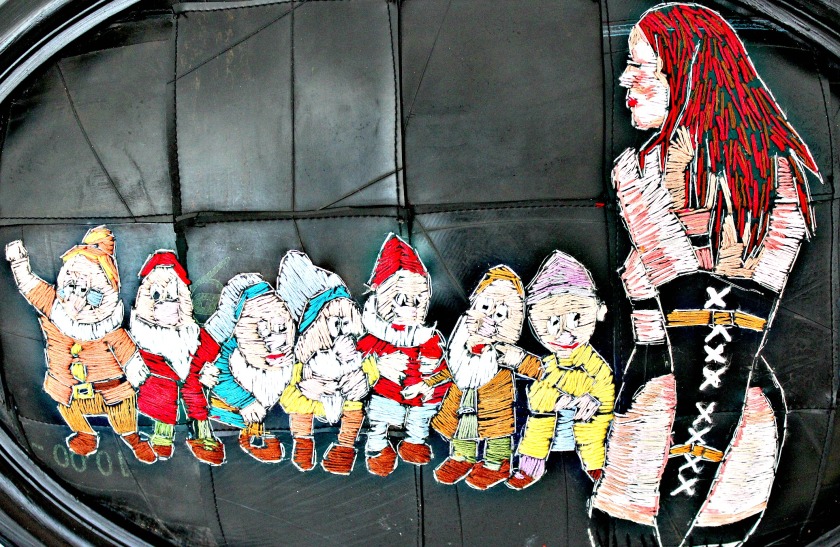 I recently completed a commission for a very special lady. Her only request was that the work should be ‘doll’ like. After questioning her about herself, I realised that she love succulents and the colour yellow. She also have beautiful curly blondish hair. And that’s how I decided I’ll do the above piece for her.

After she received the work she sent me this photograph of when she was a little girl: 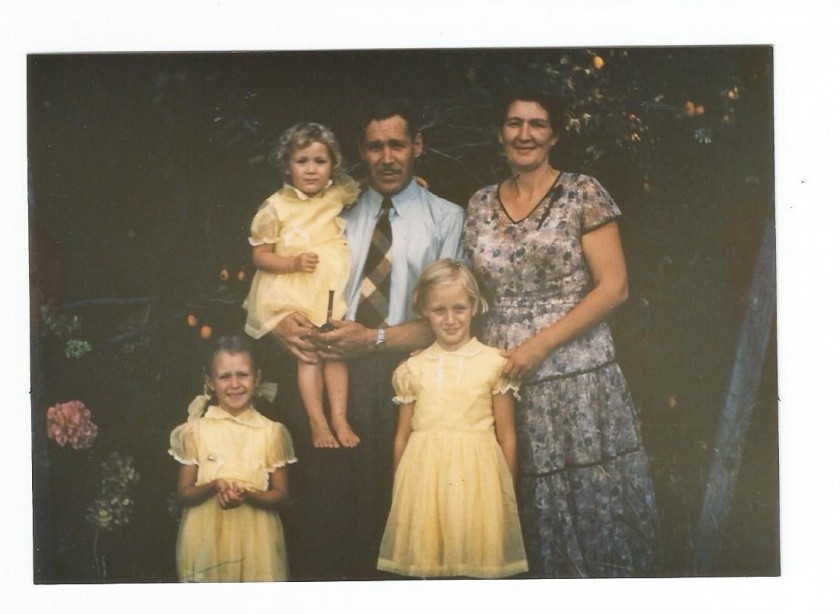 Such beautiful yellow dresses! I just love coincidences like these!

It was raining the whole day, since yesterday.

Our beloved budgie flew away…I doubt it if he would survive outside.  Although I don’t like the image of a bird in a cage, I still got attached to him.  It was actually my son’s. In retrospect I ask myself: why didn’t I close the cage properly?

While I sit and stitch in the studio I watched the film: Basquiat.  O my word I love this movie, especially the following scenes:

There is a scene where Basquiat and his friend was shooting hoops and the actor Benicio del Toro shares his advice on how long it takes to become famous:

And then there is the fairytale told by Basquiat towards the end of the film…:

I fell in love with the words right at the beginning and found out that it is from an article that appeared in Artforum called ‘Radiant Child” written by Rene Ricard:

Everybody wants to get on the Van Gogh Boat. There is no trip so horrible that someone won’t take it. Nobody wants to miss the Van Gogh Boat. The idea of the unrecognized genius slaving away in a garret is a deliciously foolish one. We must credit the life of Vincent van Gogh for really sending that myth into orbit. How many pictures did he sell. One. He couldn’t give them away. Almost no one could bear his work, even among the most modern of his colleagues. In the movie Lust For Life there is a scene of Kirk Douglas (as van Gogh) in front of La Grande Jatte being treated rudely by Georges Seurat. When I went to the Art Institute of Chicago to see the Grande Jatte, it was having a hard time competing with the white walls of the gallery. This habit of putting old pictures up against the white walls is deadly, the walls reflecting more light than the picture, but van Gogh’s Bedroom at Arles was on the opposite wall and it was screaming at my back and I turned around and I listened. He has to be the most modern artist, still. Van Goghs don’t crack. But everybody hated them. We’re so ashamed of his life that the rest of art history will be retribution for van Gogh’s neglect. No one wants to be part of a generation that ignores another van Gogh. And yet looking at art history we see that these other guys were pros. They started when they were kids. They sold their work. They worked on commission. There is no great artist in all art history who was as ignored as van Gogh, yet people are still afraid of missing the Van Gogh Boat.

The soundtrack is also amazing….

And at some point during the day….this was the view from my studio:

What do you do on rainy days?

It has been a crazy roller-coaster kind of month so far but ….happily stitching away…

Inbetween the stitching I’ve been planning for my upcoming solo in 2016, had a encouraging studio visit and made some time to play!

I learned a new word a couple of days ago: Cosplay:

Cosplay (コスプレ,kosupure?), a portmanteau of the words costume play, is a performance art in which participants called cosplayers wear costumes and fashion accessories to represent a specific character or idea. Cosplayers often interact to create a subculture and a broader use of the term “cosplay” applies to any costumed role-playing in venues apart from the stage.

Cosplay costumes vary greatly and can range from simple themed clothing to highly detailed costumes. It is generally considered different from Halloween and Mardi Gras costume wear, as the intention is to replicate a specific character, rather than to reflect the culture and symbolism of a holiday event. As such, when in costume, some cosplayers often seek to adopt the affect, mannerisms, and body language of the characters they portray (with “out of character” breaks). The characters chosen to be cosplayed may be sourced from any movie, TV series, book, comic book, video game, or music band anime and manga characters. Some cosplayers even choose to cosplay an original character of their own design or a fusion of different genres (e.g. a steampunk version of a character). (from Wikipedia)

anyway…..here goes my version of ‘Goldilocks”:

A great while ago when the world was full of wonders, there lived a woman in a town known as the Bay of the Sleeping Beauty. We called her :

Goldilocks, for she loved the colour gold (not really)  and she’s always trying to unlock mysteries.

One sunny day she went in search for her heart

but did not want anyone to see it …

so she buried it

and turned into a….sand angel

Okay so I admit….its kind of silly and corny, but it was fun anyway…we took random photos and later while I was looking through them I tried to make up a story….

How do you play?