the artist in her studio photographed by Kleinjan Groenewald

Before I became a full-time artist I used to work as a front office receptionist at a 3-star hotel and later I had a half-day position at an animal hospital, but since the year 2000 my art-studio is situated at home.

In the beginning it was just a corner in a room.  Later a whole room and since we relocated in 2018 to to a new house – we now have a 1 bedroom flat at the back of our house, which is currently my studio.  It is marvelous to have so much space for once, but it took me a while to get used to.

I am quite obsessive when it comes to stitching, so I stitch everyday, but there are some days when I either do admin, cut and clean inner tubes, update my blog, write newsletters, or play in my sketchbook.

I work alone and do not have an assistant.

Motherhood made me realize the value of time-management and having my studio at home enables me to work until the early hours of the morning or very late at night, depending on my deadlines.  With that said I also take a day or two to just be me/a mother and a wife.  Its a balancing act 😉

I guess working with fairy tale themes and subverting it makes me able to cope with reality.  It was very heartbreaking when Greta Thunburg said in one of her speeches that ” This is not the time for fairy tales.”

I also stitch a lot of hybrid figures.

In the book: “The uses of enchantment” Bruno Bettleheim stated that in fairy tales and dreams any physical malformation often stand for psychological misdevelopment.  It is said that in these tales when the upper part of the body is animal and the lower part human, this indicates symbolically that things are wrong in the head/mind.

Which indicates something monstrous.  I am fascinated by monsters!

What is your favorite fairy-tale? 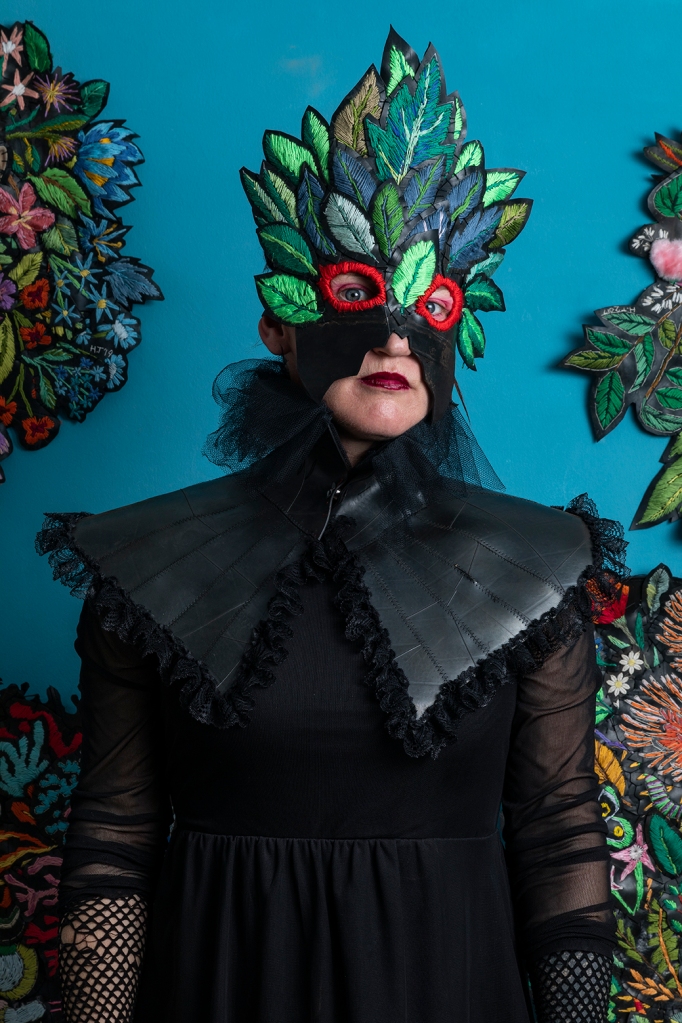 Rubber is a very tactile substance and I love the skin-like quality of it, which can be highly fetishized.

It also distances my work from the perceived softness or delicacy of ‘women’s work’ to become the opposite – hard labor.

Working with rubber is like fusing two seemingly irreconcilable material forms together along with their associated symbolic values.

Words and titles are important to me.  A title is an entrance into what the work is about, as well as having the potential for humor and mischief. 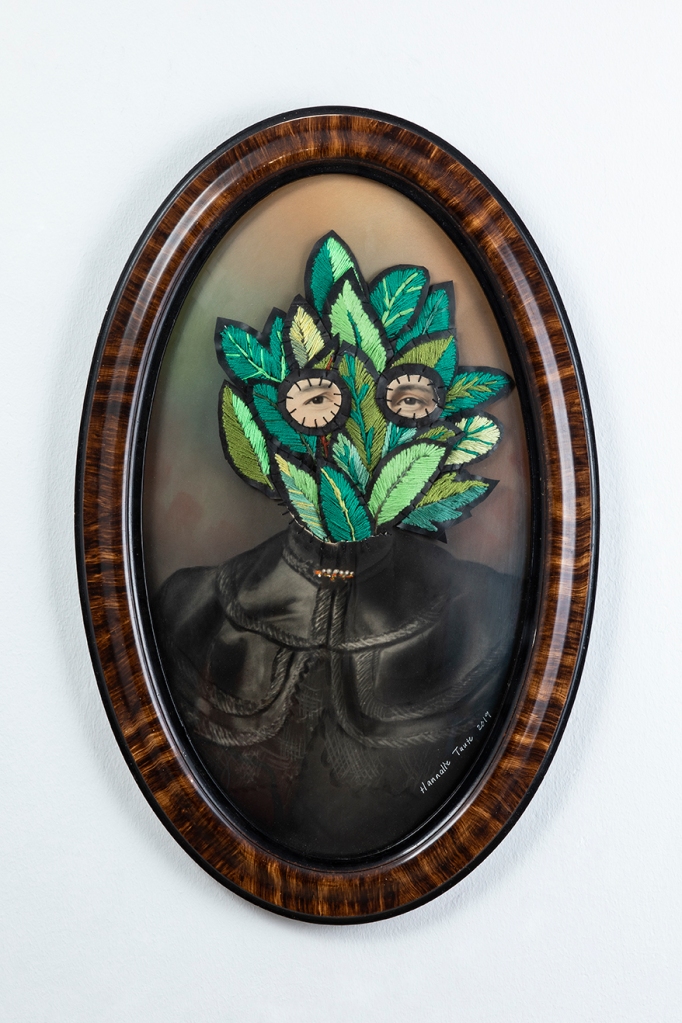 Afrikaans is the language I feel most comfortable with, since it is my mother’s tongue, and one that allows me the freedom to break the rules and play with it.  Afrikaans can be very serious, but also playful.  I do my thinking in Afrikaans so it is inevitable that it will show up in the titles of my work.   It is actually a pity that it sometimes get lost in translation.

Random note: Other languages I wish I could speak: Spanish, Italian, Xhosa and Sign language.

Anyway I will leave you with a song that stuck in my head for weeks…..

For as long as I can remember I liked to ‘dress-up’.  As a little girl I liked to wear my mother’s high heels, long dresses and wrap cloth around my head and imagine it is long hair (for I had short hair most of my life).  Even to this day I like to wear a variety of wigs – even during normal day time- if weather permits.

The first time I dressed-up for an exhibition was in 2013 for my show called Rubber ever After.  I needed to generate attention during the art festival and I did that by dressing up as an invented character for my make-belief world/kingdom.

I think we all dress, to a certain extent, in the way we want to be attended to.  I want to be surrounded by the emotions associated with the clothes/face paint/ wigs i’m wearing.  In a sense it is the physical manifestation, an outward worn symbol of what is happening within.  to me it is also a serious for of play.  wearing rubber can be quite kinky too 😉

random note: If I could have one superpower it would probably be to convince people, like the  “Poison Ivy” character in the series Gotham. If you could choose a superpower, what will it be?